LOS ANGELES (RNS) — It’s not every day that a Los Angeles police officer gets invited to speak at a fashion show.

But in 2018, Michael P. Downing, then commander of the department’s counterterrorism and special operations unit, happily accepted the unexpected role of guest of honor at a posh event focused on South Asian fashion in downtown Los Angeles. Angels. Downing knew that his presence was important.

It was an opportunity to help reframe some of the discussions in California’s Muslim community away from security issues that had fostered mistrust, toward a shared goal of public safety.

“Where there was suspicion, we wanted to build a better dialogue with law enforcement. I think we have to understand that there is not just one Muslim community, that the ummah is very diverse. These interactions have given us a better understanding of that and the needs of this community,” Downing said.

Sitara Attaie, an advocate for police careers for Muslim girls and an actress on the show “Homeland,” participates in a 2018 fashion show in Long Beach, California. Photo by FaisalPhotographer.com

Downing was invited to the fashion show by the American Muslim & Multifaith Women’s Empowerment Council, a nonprofit organization that seeks to empower Muslim women to be a bridge between their community and law enforcement organizations.

In 2016, at a time when surveillance programs and rising Islamophobia had seriously complicated the relationship between American Muslims and law enforcement.

The AMMWEC program stands out among other bridge building programs for its focus on putting Muslim women at the center of its efforts. With offices on both coasts, AMMWEC is most active in California, where it has connections with local law enforcement organizations and national organizations like the FBI. 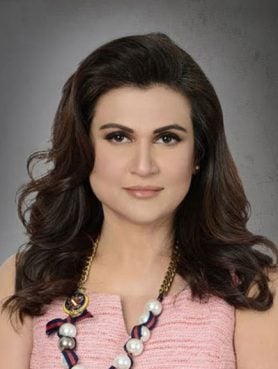 “These programs help demystify organizations like the FBI. They volunteer for public service opportunities and find other recruits,” Ali said.

It has also provided job opportunities for women, while also providing law enforcement services. So far, at least six women have completed formal law enforcement internships. Others have taken courses with the FBI and attended FBI programs for civilians. One of the program’s interns went on to take a position with the FBI. Other efforts have involved partnerships with the CIA, according to Ali.

“There is still a stigma in our society and in the Muslim community in particular regarding women getting divorced,” Ali said. “These internships and programs can enable women who have lost access to much of their social network a new career path.”

In some Muslim communities, according to Ali, perceptions about law enforcement have begun to change, as crime-fighting agencies have dedicated themselves to countering violent Islamophobia and the Biden administration has placed an increasing emphasis on monitor far-right extremism. Ali also cited “Quantico,” a popular TV show starring Bollywood actress Priyanka Chopra as an FBI special agent, as a factor. The program, he said, helped build the office’s appeal within the South Asian community. 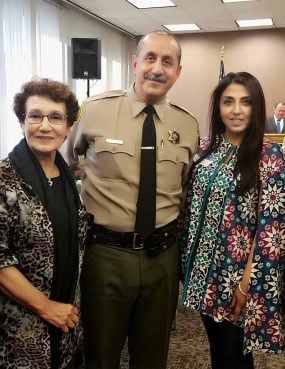 Believing that Muslims have a responsibility to play a leadership role in preventing violent extremism, he has also developed new approaches to that work. In 2015 she was invited to speak at the White House Summit on Countering Violent Extremism.

This part of their work has not always been popular with other Muslim NGOs. Since then, at least one prominent group has tried to dissuade organizations from inviting her to their events.

But Ali believes it is important for government agencies to listen to Muslim voices, especially those of Muslim women, who are often marginalized in such discussions.

RELATED: Islamophobia on the rise, according to United Nations report

Just as important to Ali is that those Muslims are ready to speak. Ausna Haris, while still in high school, participated in some of AMMWEC’s early law enforcement programs and hopes to become a lawyer.

“My perspective on law enforcement has certainly changed as a result of this program; we got into some scenarios with law enforcement that were pretty heavy, and you had to think on your feet,” Haris said.

“I think there are certainly a lot of valid criticisms about law enforcement in certain contexts,” Haris added, “but I think this show definitely opened my eyes to opportunities in public service and volunteering.”