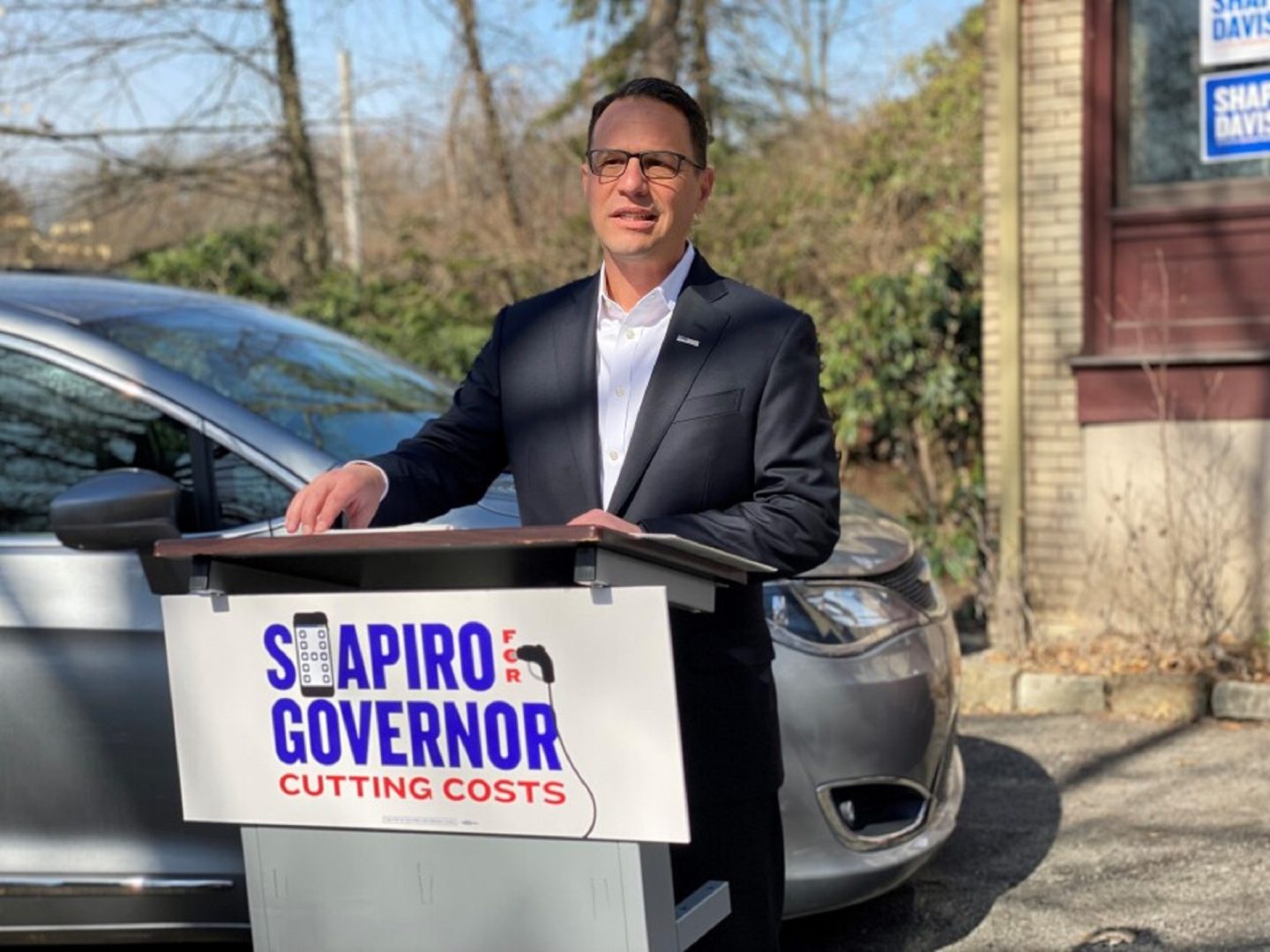 Pennsylvania Attorney General Josh Shapiro made a gubernatorial campaign stop at a home in Forest Hills, Allegheny County, on March 18, 2022.

Democratic gubernatorial candidate Josh Shapiro campaigned in Lawrenceville Wednesday on his plan to attract business to Pennsylvania. The state attorney general said his strategy would build on high-tech work already being done locally in the biotech, robotics and autonomous vehicle industries.

“This is where we’re going to create the jobs of tomorrow,” Shapiro said. “And we need a governor who can figure out how to take advantage of that, who stands up to the other states that are trying to take our jobs away from us and says, ‘No, no, no, we’ll keep those jobs here. We’re creating more of the jobs of tomorrow, so that’s job number one as governor.”

Shapiro unveiled its economic plan in Lackawanna County on Monday. It would establish an office of economic growth and workforce development to help businesses navigate regulations as they seek to locate or expand in Pennsylvania.

Shapiro said the state’s licensing and permitting rules are too time-consuming and often require businesses to engage with several different agencies.

“Maybe they will [the Department of Community and Economic Development] for a tax credit. Maybe they go to the Department of Environmental Protection to get a permit. They may have to go to PennDOT to build some structure or change a road,” he said.

The proposed office would function as a one-stop shop for businesses, he said. It would host an online portal where companies can manage different government approval processes.

Shapiro’s plan also proposes lowering the corporate net income tax rate to 4% by 2025, a larger cut and faster timeline than lawmakers approved earlier this month. They voted to reduce the tax by 1% in 2023 to 8.99%, gradually reducing it by another 0.5% each year until it reaches 4.99% in 2031.

Shapiro’s Republican opponent, state Sen. Doug Mastriano, supported that measure. His campaign did not respond to a request for comment Wednesday and has not shared a comprehensive economic development agenda like Shapiro’s.

Mastriano’s campaign website indicates that, in addition to cutting corporate taxes, he supports reducing regulations and investing in coal and natural gas.

Shapiro said he also supports the state’s natural gas industry as a source of jobs and affordable energy. But he also pledged to enact legislation that would require 30% of the energy generated in Pennsylvania to come from renewable sources by 2030. Shapiro also proposed a goal of reaching net zero emissions by 2050.

On Wednesday, he said he would push the Biden Administration to choose Pennsylvania as the home of one of the hydrogen hubs he plans to designate across the country. Hydrogen is an alternative fuel that can be made from natural gas and steam. Some environmental groups argue that while it can reduce greenhouse gas emissions, it still relies on fossil fuels and is an inefficient energy source.