It is estimated that only 3,000 of Dorset’s 52,000 businesses (less than six per cent) take advantage of organized networks.

The finding is revealed in the first survey of business networking groups in the county.

It also found that membership of networking groups has dropped since 2019, before the Covid-19 pandemic.

However, there has been a growth in online networking with two groups meeting exclusively in virtual rooms.

At least three others are offering a hybrid format.

The poll was conducted by Andrew Knowles, pictured on the left.

The freelance writer was president of the Weymouth and Portland Chamber of Commerce from 2017 to 2019.

There are at least 27 independent business networking groups that meet at least once a month in Dorset.

Of these, two are women-only groups, five are Chambers of Commerce, and five are part of national or regional networks.

Seventeen groups are independent of any other organization.

Sixteen of the 27 groups have unrestricted membership, meaning any business can join.

The others limit membership, primarily to control the number of businesses by industry.

Other findings include the cost of annual group membership, member retention levels, and the specific benefits groups offer.

Most of the networking groups were contacted to participate in the survey and 15 responded.

The survey is based on the information they provided, supplemented by data pulled from the websites of other groups.

“All companies should try it.

“I hope this survey encourages you to do just that by revealing the variety on offer.

“Regarding the numbers, I have had to make some assumptions.

“There are 52,000 businesses in Dorset, according to the Dorset LEP.

“Based on the information I received and my knowledge of the Dorset groups, I have estimated the number of people involved in the networking groups to be between 3,000 and 7,000.

“Hence the numbers that are admittedly vague. I look forward to refining my approach in future surveys.”

Among those who participated in the survey were The Boardroom Network and ONLE online networking. 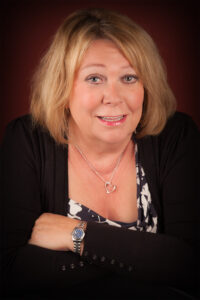 Jacqui Frampton, pictured to the right, owner and operator of The Boardroom Network, said: “We were delighted to participate in this survey.

“The finished product reveals an in-depth study of the commercial networks in the county and has clearly been well researched and documented.

“As we enter another recession and face difficult challenges, we at TBN will take the report’s findings into account and use the insights to encourage more Dorset business owners to venture out and harness the power, value and support of social networks. commercial”. 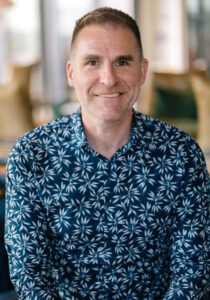 “Now attendees have the option of purely in-person, hybrid, or online-only events.

“Once attendees explore the options and learn their preferences, I think most networking groups will start to grow again.

“The beauty of this fragmentation is that Dorset entrepreneurs can get the best of both worlds – localized networking with the option to meet in person for those who prefer, plus the ability to network across the UK and abroad. .

“This is an exciting time for networking organizations and those who attend networks.”

Of the 52,000 businesses in Dorset, around 85% are micro-enterprises with many of these being independent traders/self-employed according to Dorset Council (State of the Dorset Economy, May 2022).

The 15 networking groups that responded to the survey were:

Andrew is not currently a member of any groups.

He attended his first networking meetup in three years as a guest last month, and is also participating in an ONLE online networking event as a guest.

It plans to repeat the survey in 2023 to assess how business networks continue to evolve in the post-pandemic and increasingly digital environment.

Andrew said: “My motivation for the survey was to go a step beyond maintaining a list of groups on my website.

“Over the years, many people have told me how helpful the list has been.

“When I updated it after the pandemic, I could see how much it had changed.”